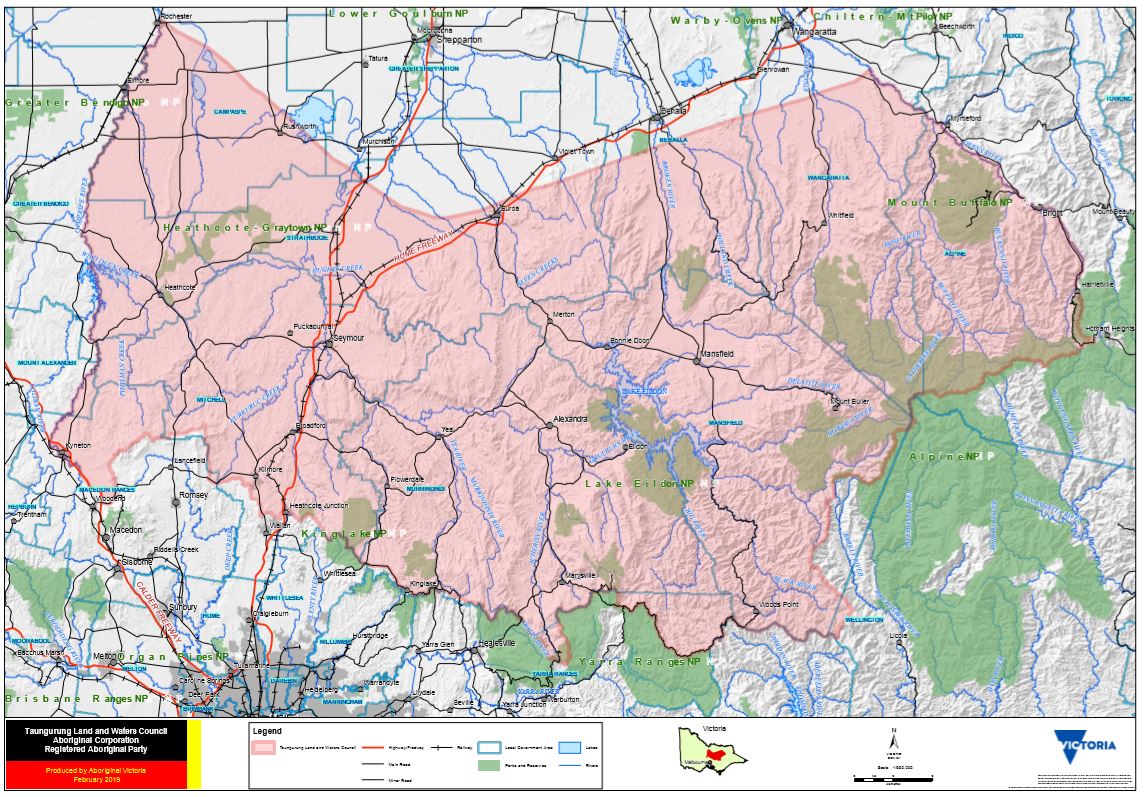 The Victorian Aboriginal Heritage Council (VAHC) determines which applicants will be registered as RAPs and at present there are 11 RAPs in Victoria, including Taungurung Clans Aboriginal Corporation (TCAC).

The map shows the current area appointed to TCAC as the RAP, as well as the area that is currently under negotiation.

A Brief History on Taungurung Clans Aboriginal Corporation as a Registered Aboriginal Party:

16 July 2009, TCAC receives recognition as a Registered Aboriginal Party and the VAHC appoints TCAC as a RAP for much of its application area.

28 August 2009, VAHC assigns  a further section of area to TCAC for which it has sought to be a RAP.  The Council is still considering the remaining area for which TCAC has applied.

4 April 2014, Council decides not to register TCAC for a particular area of its RAP application near Toolangi.

22 March 2018, TCAC was given responsibility for an additional section of land in accordance with an agreement between TCAC and the Gunaikurnai Land and Waters Aboriginal Corporation. The map below shows the additional area assigned to TCAC in the southeast corner of TCAC’s RAP area. 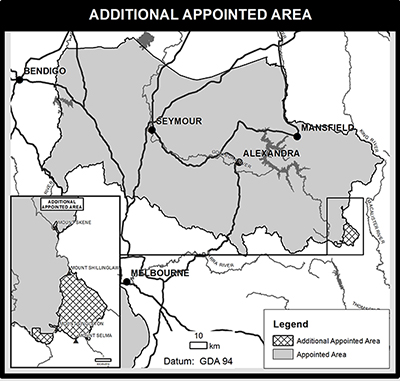 If you’d like to see an interactive map of the Taungurung RAP area, you can explore this map online:

Click on the layers section in the toolbar and in the drop-down contents box, tick the box titled “Appointed RAPs”(see arrows in the screenshot below). You will now be able to explore the Taungurung RAP area!