Different versions of Dreamtime stories exist among the Taungurung people. It’s important to remember these stories passed down through many generations were shared through spoken word and of course, it is natural for variations to exist. A common belief held amongst Taungurung Clans is that the people belong to one of two moieties which are connected to the ancestral beings; Bundjil and Waang. These moieties traditionally played a role in deciding marriages within a tribe. 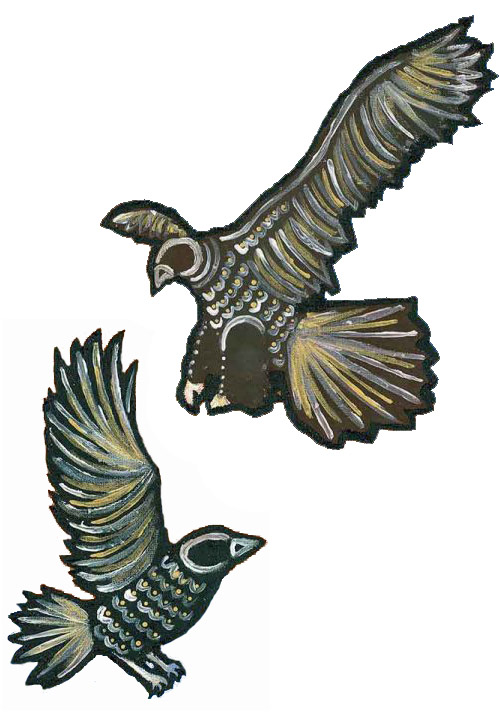 Bundjil the eagle (or eaglehawk) is a creator deity, culture hero and ancestral being.

Bundjil has two wives and a son, Binbeal the rainbow. His brother is Pailian the bat. He is assisted by six wirmums or shamans who represent the clans of the Eaglehawk moiety: Djurt-djurt the Nankeen Kestrel, Thara the quail hawk, Yukope the parakeet, Dantum the parrot, Tadjeri the brushtail possum and Turnong the gliding possum. 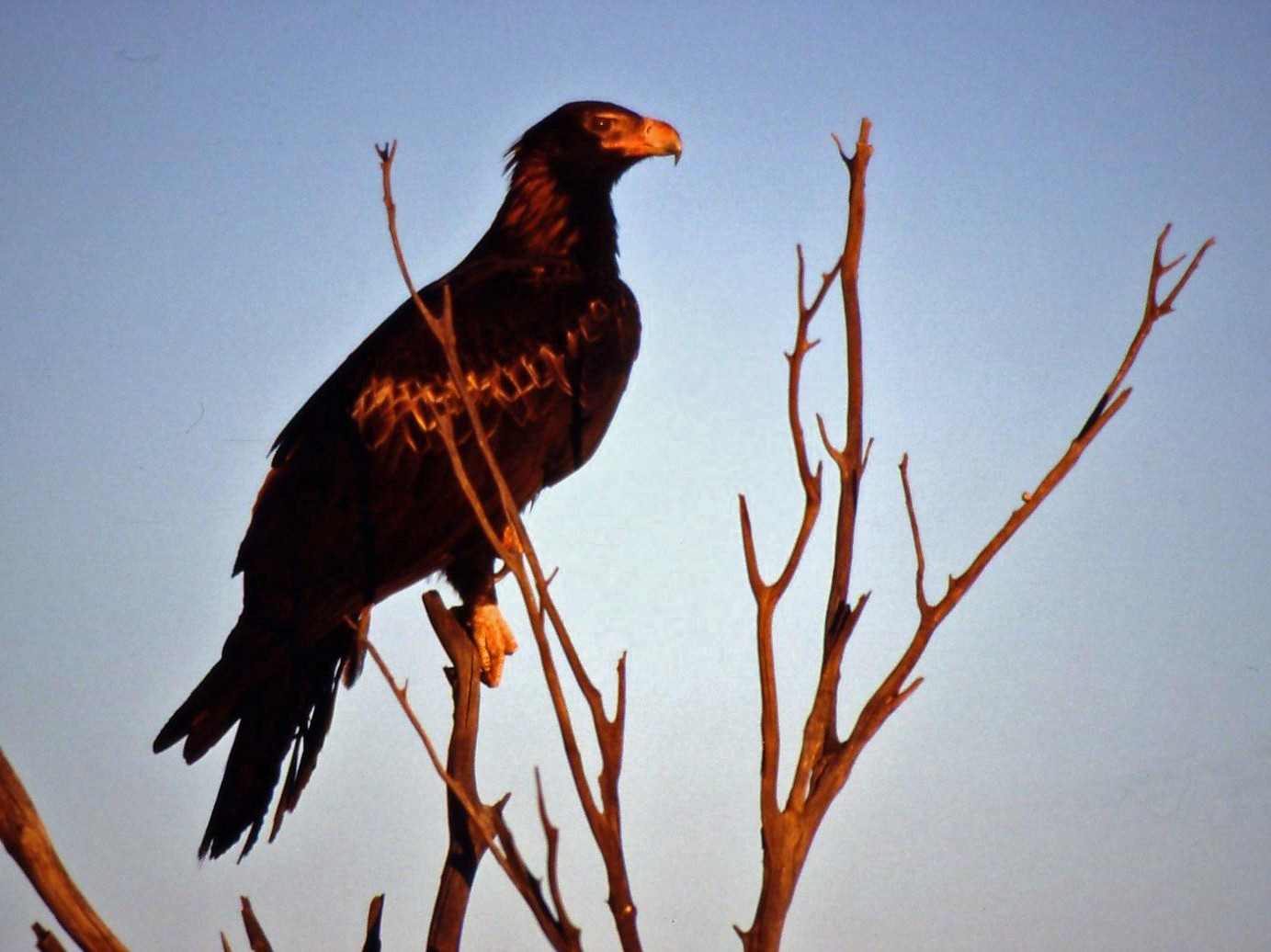 A Taungurung story of Bundjil:

After creating the mountains, rivers, flora, fauna, and laws for humans to live by, Bundjil gathered his wives and sons then asked Crow, who had charge of the winds, to open his bags and let out some wind. Crow opened a bag in which he kept his whirlwinds and created a cyclone which uprooted trees. Bundjil asked for a stronger wind. Crow complied, and Bundjil and his people were blown upwards into the sky. Bundjil himself became the star, Altair and his two wives, the black swans, became stars on either side.

A Bunurong story tells of a time of conflict among the Kulin nations, when people argued and fought with one another, neglecting their families and the land:

The mounting chaos and disunity angered the sea, which began to rise until it had covered the plains and threatened to flood the entire country. The people went to Bundjil and asked him to help them stop the sea from rising; Bundjil agreed to do so, but only if the people would change their ways and respect the laws and each other. He then walked out to the sea, raised his spear and ordered the water to stop rising.

The Kulin and other Indigenous people believe that in the Dreamtime, Bundjil took shelter in a cave located in the part of Gariwerd, that is now known as the Black Range Scenic Reserve. Today, Bundjil’s Shelter is a popular tourist attraction and one of the most important Aboriginal rock art sites in the Taungurung region.

Waang the Crow is a trickster, culture hero and ancestral being.

In the Kulin nation in central Victoria he was known as Waa (also Wahn or Waang). Legends relating to Waang have been observed in various Aboriginal language groups and cultures across Australia. 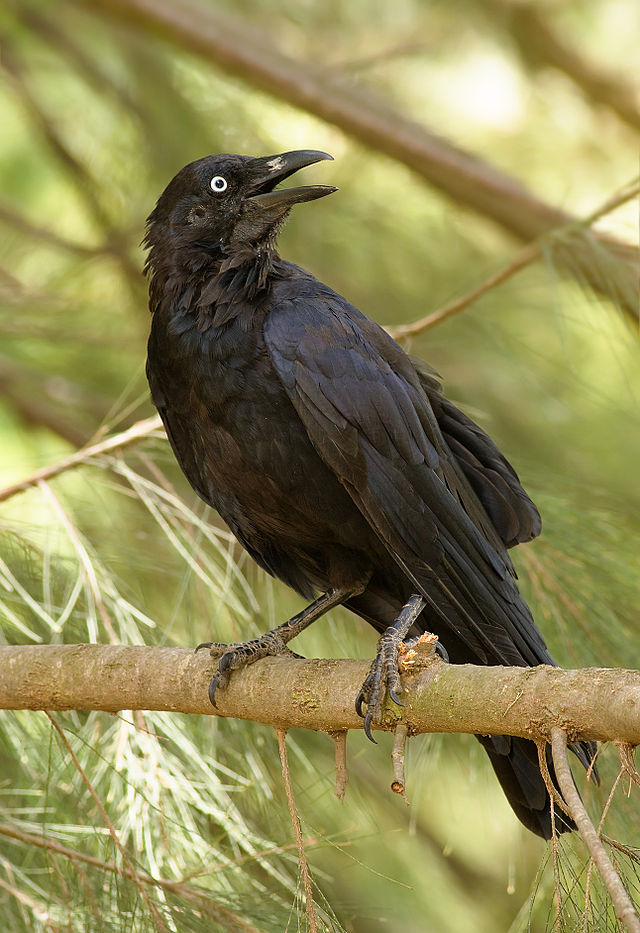 Here is one story about Crow:

Crow’s role in bringing fire to mankind is a common theme in Dreamtime stories. This is particularly apparent in a version of this story told by the Wurundjeri people of the Kulin nation:

In the Dreamtime fire was a jealously-guarded secret of the seven Karatgurk women who lived by the Yarra River where Melbourne now stands. These women carried live coals on the ends of their digging sticks, allowing them to cook yams. One day Crow found a cooked yam and, finding it tastier than the raw vegetables he had been eating, decided he would cook his food from then on. However, the Karatgurk women refused to share their fire with him and Crow resolved to trick them into giving it up.

Crow caught and hid a number of snakes in an ant mound then called the women over. He told the women he had discovered ant larvae were far tastier than yams. The women began digging, angering the snakes, which attacked. Shrieking, the sisters struck the snakes with their digging sticks, hitting them with such force that live coals flew off. Crow, who had been waiting for this, gathered the coals up and hid them in a kangaroo skin bag. The women soon discovered the theft and chased him, but the bird simply flew out of their reach and perched at the top of a high tree.

Bundjil the Eaglehawk, who had seen all of this, asked Crow for some of the coals so that he could cook a possum. Crow instead offered to cook it for him. Soon, a large group had gathered around Crow’s tree, shouting and demanding that he share the secret of fire with them. The din frightened Crow and at last he flung several live coals at the crowd. Kurok-goru the fire-tailed finch picked up some of the coals and hid them behind his back, which is why to this day firefinches have red tails. The rest were gathered up by Bundjil’s shaman helpers, Djurt-djurt the Nankeen Kestrel and Thara the quail hawk. The coals caused a bushfire which burnt Crow’s feathers permanently black and threatened to consume the entire land, until Bundjil’s efforts halted its spread. The Karatgurk sisters, meanwhile, were swept into the sky where they became the Pleiades (the stars are said to represent their glowing fire sticks)