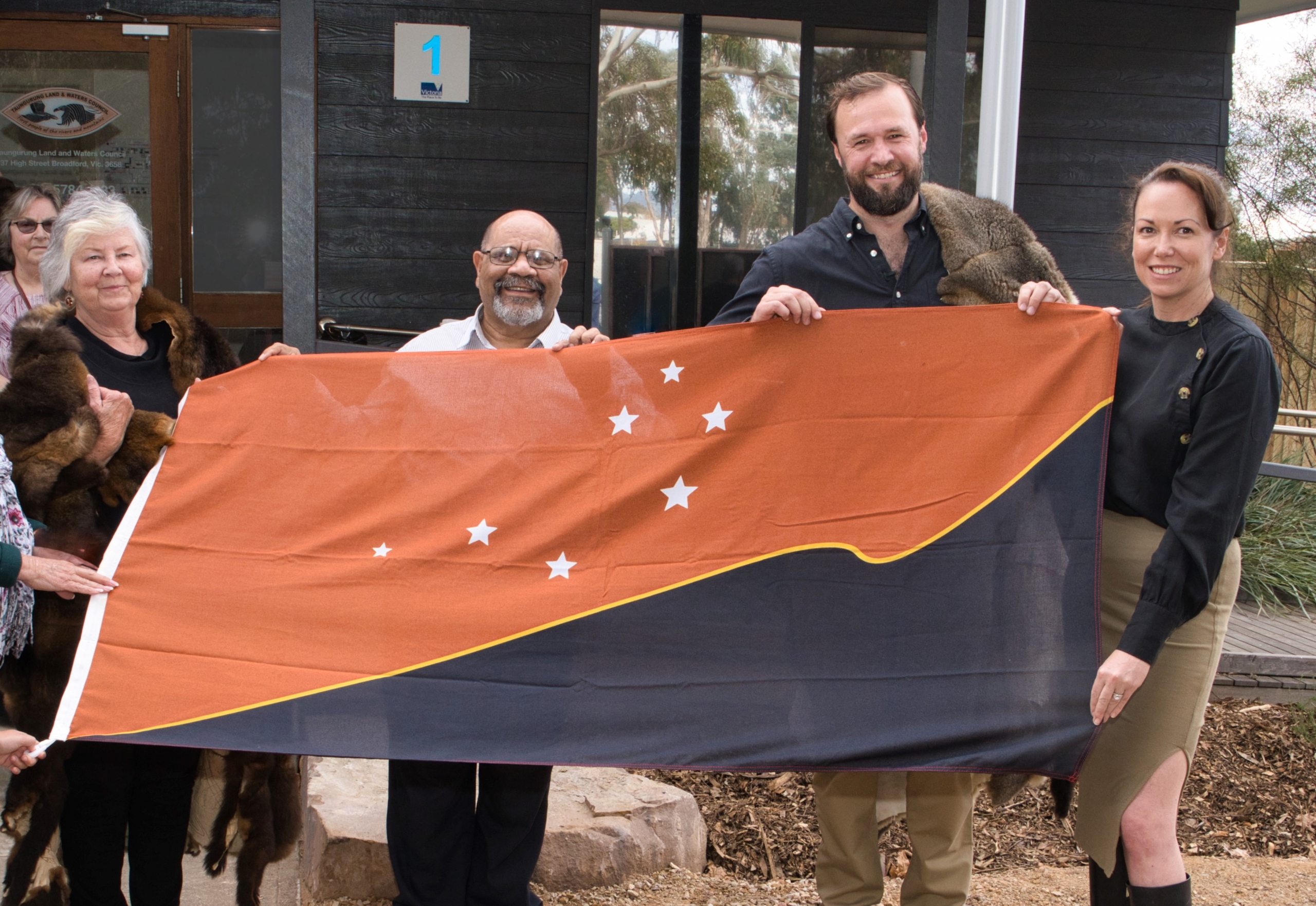 The Taungurung sovereign flag was raised at a ceremony at TLaWC’s Broadford office on 7 May 2021.

We are the first Traditional Owners in Victoria to launch a flag of our own.

The Taungurung flag was designed by Board member and Taungurung Elder Loraine Padgham, who has contributed greatly to the Taungurung community in matters of language and culture. Loraine won a competition for the design from 36 entries in 2020.

The flag’s stars represent the constellation of Pleiades (The Seven Sisters) and rest on an ochre-coloured background. The brown ochre is typical of some ochre found on Taungurung Country and often used in ceremony. The yellow curved line represents the ascent of the Taungurung people and is also a representation of the topography of Taungurung lands – mountains and rivers.

The Taungurung sovereign flag is a symbol that can further educate Victorians on the importance of First Nations’ culture and is a primary visual representation of Taungurung identity.