The late Taungurung Elder Aunty Judy Monk was interviewed as part of a project on Mt Buller in late 2008 on behalf of Taungurung people. Aunty Judy Monk has stated that the ‘low ground’ was for food and the ‘higher ground’ was for food as well as traditional ceremony purposes. What has been found in the high country Mt Buller and Mt Stirling are a lot of scarred trees known as shield trees. Aunty Judy also states that ‘there are a lot of artefact scatter, where Taungurung people sat down and worked the stone to make spear heads’. The following are quoted by Aunty Judy Monk.

The Taungurung clan called Yawang-yilam-bulok (Stone dwelling people) inhabited the area along the Goulburn River as far as Alexandra, through to the Howqua, Delatite and Jamieson rivers and the mountains like Mt Stirling and Mt Buller that shed their waters into those rivers. On the mountains there were small marsupials, alpine plants such as yam daisies and the plentiful Bogong moths were important food sources.

Ceremonies would take place when Bogong moths came in, there would be a lot of negotiations and corroboree and business taking place between the clans during those times of plentiful food.

As summer ended, fire was used in a calculated way, ‘to regenerate tucker’. It was also a tool used to ensure that when they came through in the next season, there was plentiful food.

In the early years of white settlement, the Delatite was called the Devil’s River, a name given by the early settlers, ‘because they’d hear the Yawang-yillam-baluk having a corroboree and they’d think it was the Devil down there. 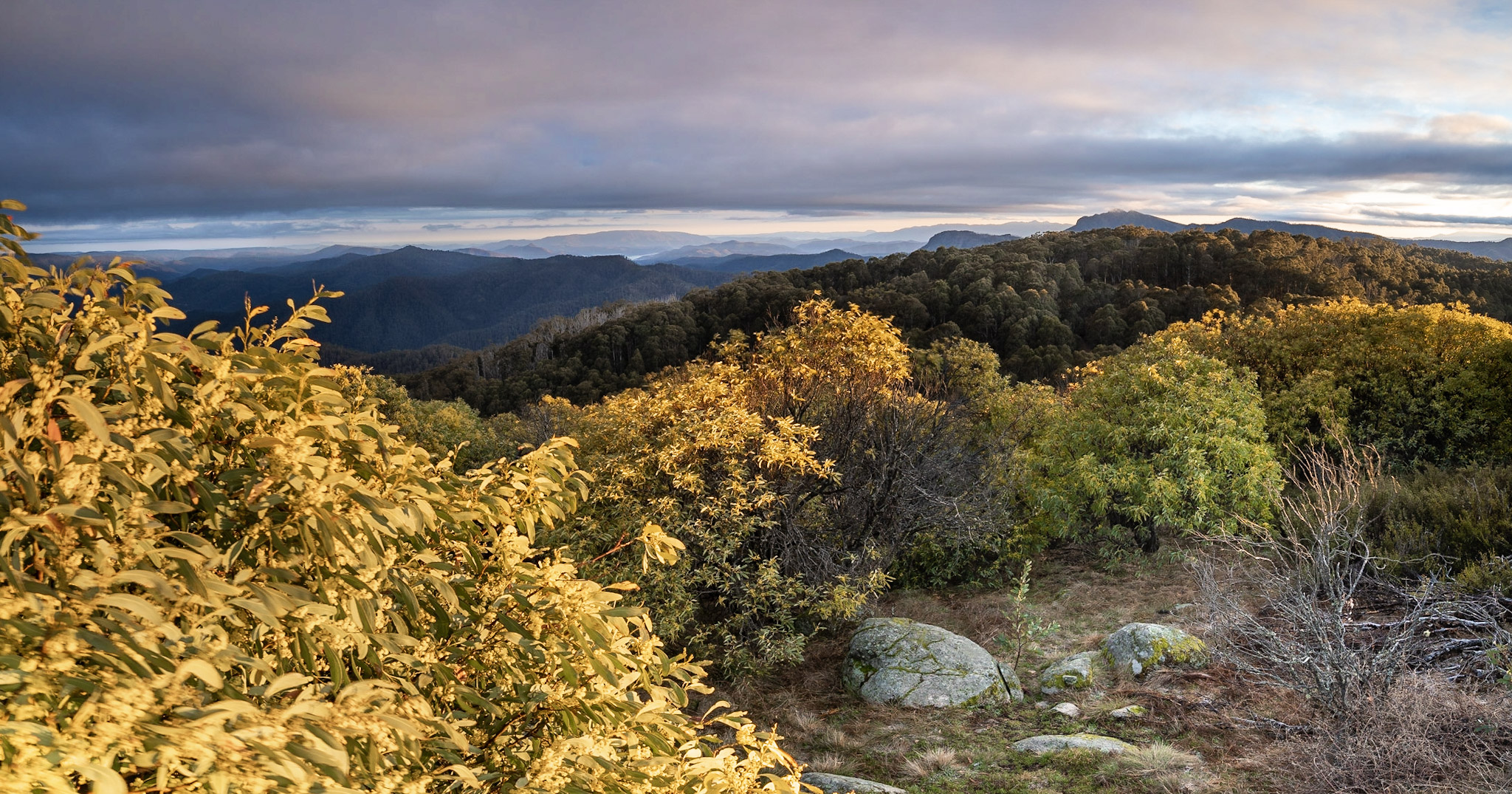 Marnong (hand) which was the word given for Mt Buller

Uncovering more Taungurung sites, particularly in the high country, the sites need to be recorded. Once identified, the sites are recorded on a state wide register held by Parks Victoria and Aboriginal Affairs Victoria and protected under state legislation.

Welcome to Taungurung Country the first people of the Rivers and Mountains.

Long ago in this joyful place Taungurung people travelled to the high country in the summer season. The stream provided fish, water birds and fresh water for drinking. The bush is home to possum’s, kangaroo’s, wallabies, lizards and snakes. The branches and bark was used to build their huts for sleeping place and the many grasses on the country were made into baskets and Stringybark was twisted then made into dilly bags (for their possessions) made by the women. They would carry this bag around the neck. Taungurung men made spears, boomerangs, clubs and axe-heads from the bush. The men of the tribe did the hunting for large animal food which they used spears and boomerangs to kill.

The flints were used as sharp knives to remove the possum skin and make cloaks for which the tribe used for the winter season. The men would carve from trees, bowls for carrying food and water and shields for fighting. Taungurung women gathered wild berries, tubers, seeds and water; put them in a bowl and brought them back to camp. The tribe would bring joy to the camp with dances on ceremonial ground.

The story line delivers a cultural message of welcome from the Taungurung traditional owners.

This information comes from a survey in 2006 after bushfires. The survey work consisted of community members from the Taungurung Clans Aboriginal Corporation finding archaeological evidence of Taungurung artifacts. This is a significant place for Taungurung people. The high country was used for food as well as traditional ceremony purposes. What was found at Mt Stirling were scarred trees for shields and utensils and artifact scatters where our people sat down to work the stone to make spears heads.

Confirmed by members of the Taungurung Clans Aboriginal Corporation in 2007.